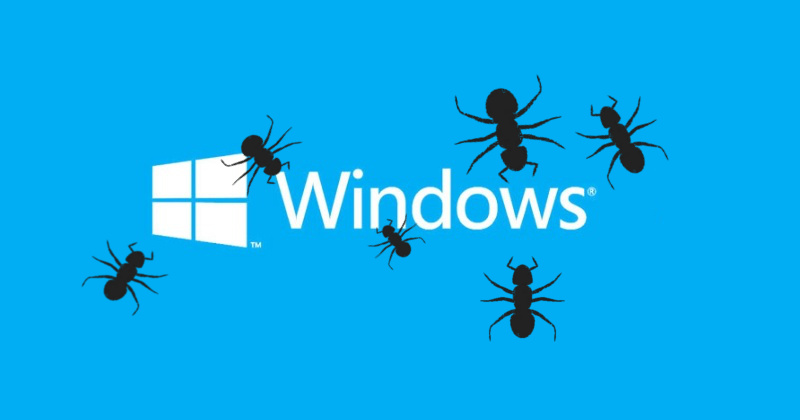 The error called Jasbug affected the way Windows accessed files in a network; Windows was altered to the problem and had to redesign parts of any Windows to fix it.

Many times system errors on PCs, including serious one that allow the invasion of hackers, can lurk on any computer. Microsoft just corrected one that had been hidden in Windows for 15 years.

The “Jasbug” is a defect in the way computers access files on a network. Since 2000 computer hackers could have taken advantage of this flaw to break into a business’ systems and take control of their computers.

If you connected to your PC to a public WiFi network, a hacker could spy on you, steal documents or infect your computer with malware.

So far there is no evidence that someone took advantage of Jasburg, but it is too early to declare zero casualties with 100% confidence.

Microsoft found that the severity of Jasbug was “critical.” The Department of Homeland Security and major cybersecurity companies gave similar warnings.

Jasbug affects versions of the operating system from Windows Vista to the latest, Windows 8.1 making it a large flaw that could cause nightmares for any corporate system administrator.

Despite what people may assume, Microsoft didn’t even detect the error itself.

The independent systems consultant Jeff Schmidt signature JAS Global Advisors in Chicago, discovered the issue while working on another project a year ago. He alerted Microsoft, and since then they have worked together to correct the error.

Why did they take so long to fix it? Jasbug is an error in the basic design of Microsoft’s operating system. The company had to redesign essential parts of Windows and test it thoroughly to make sure it still worked regardless of the changes made.

Microsoft could not afford to make corrections or patches that weren’t 100% perfect since Windows is used by 91% of computers worldwide, according to the financial information system Netmarketshare.

If you live in Texas (Houston, Spring, The Woodlands) and you want to be sure that your system always runs at 100%, contact 911-computer.com. Our specialists offer services for desktops and laptops, and home visits to give you the diagnosis and counseling necessary. Contact Us!